All movie, horror, and gaming nerds have probably debated if James Cameron’s first Terminator movie is a horror flick? IT IS! Look, hate or agree with me, the first film of the Terminator franchise has all the tropes of a horror film. I would agree that the others that follow are just that, Sci-fi.

Yes, Amazon Prime has the classic listed as action, and IMBD labels it Sci-fi. I bet you’re saying, “Oh, Leah, there are explosive scenes, wailing guns, racing cars, and tight leather jackets.” Just wait and hear me out.

The Terminator came out in 1984, not too long after “Halloween” and “Friday the 13th“. Our culture was 6 feet deep with Michael Myers and Jason Voorhees. The T-800 is no doubt influenced by these crazed ‘unnatural’ killers. It is the first time we don’t see a slasher villain but a murderer who has the same mission as the rest: To kill. And it would eliminate anything or anyone who got in its way.

Let’s dissect the scene where the T-800 murders Ginger, Sarah’s roommate, and her boyfriend Matt, which you can view here:

It follows many and if anything, all horror analogies. These two are partaking in a sexual act, which is usually not favorable and leads to the character’s demise. If you read the script, which you can find here, you’ll read how the death scene was written and intended to be seen on screen.

The T-800 is a literal killing machine, which our horror villains were merely just a metaphor for that. Have you noticed that the film is shot in blue hues, and filthy alleyways? It sounds a lot like horror movies that were filmed around and a bit before this film.

The laser gun is the T-800’s choice of weapon, just as the case for Michael, a knife. Jason, a machete. Leatherface, a chainsaw, and so forth. Ask yourself this question. If the T-800 wasn’t using a gun and always his hands and maybe a kitchen utensil, wouldn’t he feel the same as everyone else? James Cameron took a chance with his twist and modified the horror genre. I would say “Jason X” was probably influenced not only by “Alien” but also by “The Terminator.”

Sarah Conner is The Final Girl

Let’s put aside Sarah Conner in “Terminator 2: Judgement Day” and let’s just see her in Terminator 1. Ok, I know what you’re thinking, Sarah Conner is NOTHING like she is in the second film, which I agree with. Conner is one badass, tough mofo who makes that film outrageously perfect. And NO, no other film in the Terminator franchise can live up to this. Yes, that is a side note. 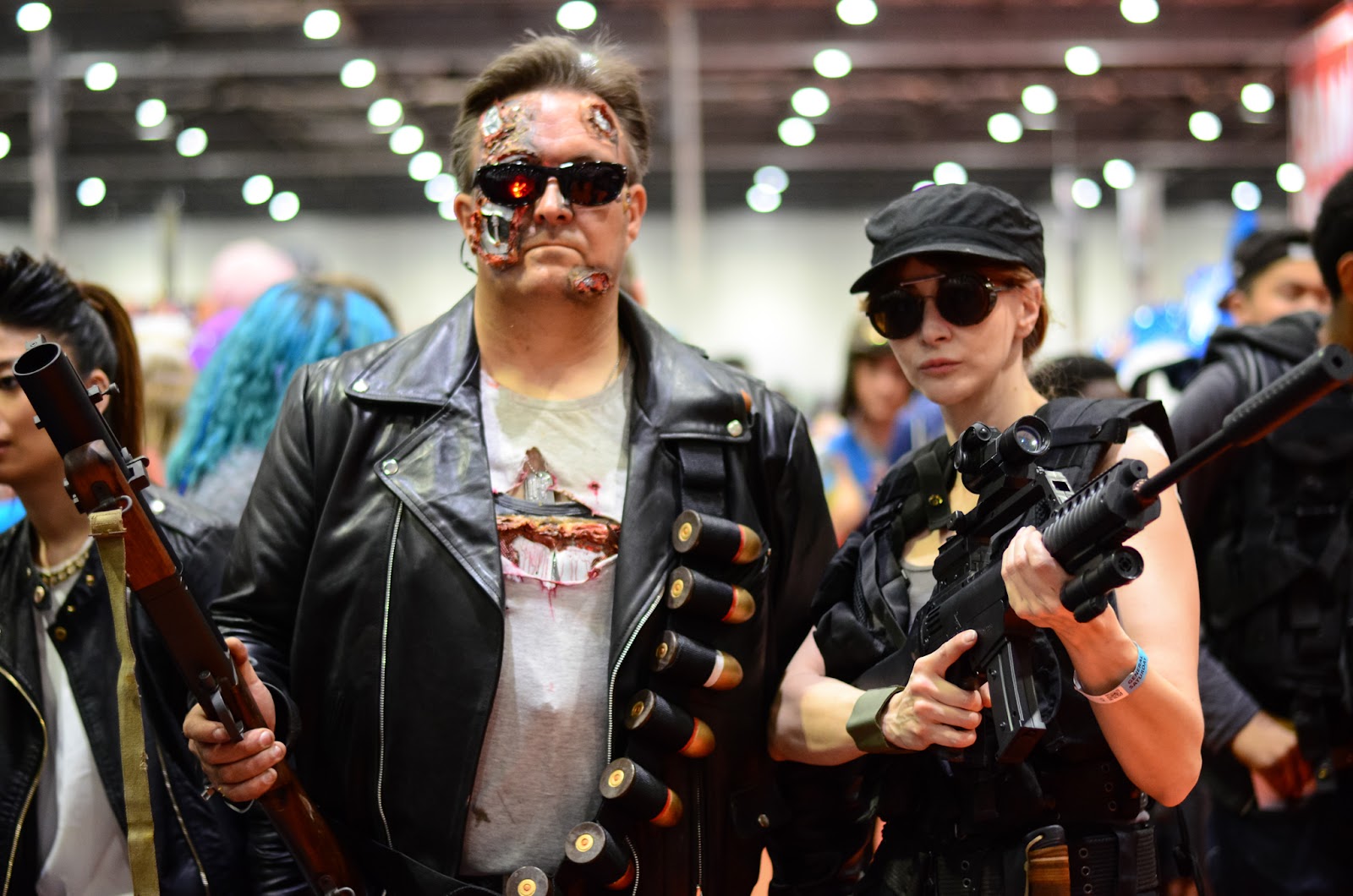 In the first film, Conner is the embodiment of Laurie Strode. She is the last one to confront the T-800 and lives on to tell her story. Conner can’t escape what is happening. She is the good girl who lives her life normally and suddenly has the whole world light up in flames around her. Have you noticed she is constantly running and hiding? While we don’t know her connection to the T-800 till much later, and of course explained throughout the franchise, The Final Girl usually always has a connection with her killer. The final girl exhibits inquisitiveness and diligence which allows the story to progress. From Ginny Field to Sidney Prescott, Sarah Conner fits right in between.

Give this movie another watch. I’d love to read your comments below. Remember, we can all agree to disagree.

TALK TO US ON SOCIAL MEDIA